Block Based Coding is the de facto way to teach kids introductory programming in the US.

Instead of traditional , text based programming, block based coding involves dragging “blocks” of instructions. The most popular, by far, block based app is Scratch. As you can see in the pic, below, you drag peblocks of instructions on the left into the editor on the right!

Pros and Cons of Block Coding

There are many reasons that educators in love block based coding

Frankly, the only way that you find cons, we believe, is if ultimately, you want to learn text based coding  because your goal is to learn industry language like Javascript or like  Python, as we teach here.

So, in that case, here are some Cons

For further reading on the transition from block to text code, check out this pdf.

All in all, we think block based coding is great. It’s helping get more and more kids into programming, and it’s obviously here to stay, a question is–how can the cons be best addressed?

We hope that, when you are done with block coding and ready to learn text coding, you’ll try out Penjee to learn Python. 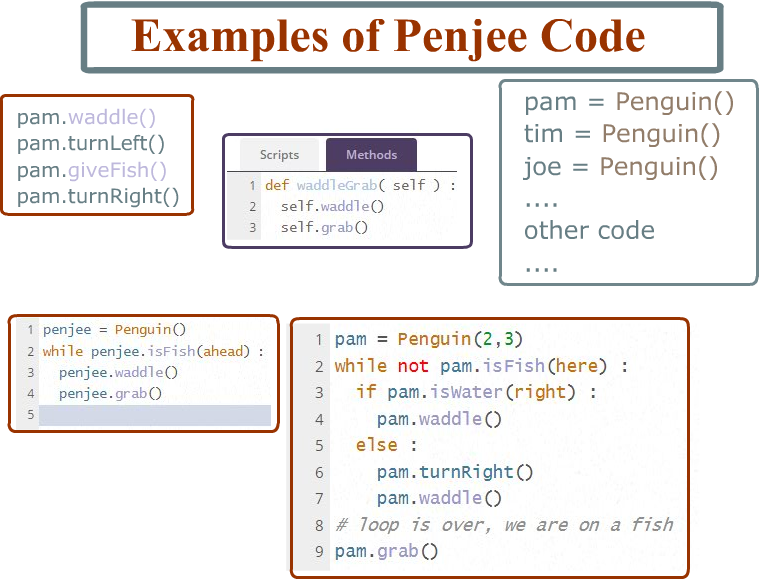