When most people think of computer programming, images like this commonly come to mind: 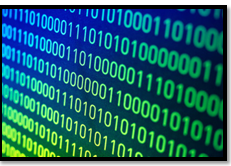 Seemingly matrix-like, it’s no wonder why most people are easily dissuaded from ever attempting to learn computer science, or only imagine it as the subtext of a virtual world. In reality, computer programming is more accessible than is dreamed, and the benefits of learning to do it are numerous- even for those who aren’t planning a career in code.

It is no secret that the modern world runs on a technological plane, and the successes of many have been outgrown from the manipulation of the computer. Be it manifested in countless entrepreneurial start-ups or practical website design, from engineering to hobbying, computer science has become an integral part of the modern skill set. Yet, as evidenced by the absence of any (even exploratory) programming courses in many schools, some have yet to investigate this utility.

Coding’s obvious draw is as a tool for any scientifically minded person, or ambitioning engineer, and has become an increasingly popular field of study at most major universities. Even beyond that, a minor in computer science adds a supporting facet to those focused in other fields such as business or graphic design.

But, most people overlook the dimension that programming can add to any practical lifestyle- especially that of the student.

One essential component of programming effectively is problem solving, and the logic and procedure used in writing code is applicable in both the academic and personal environments. The methodological process of altering what you write, often unsparingly, to yield a desired result becomes a mentality of examining any situation. A frequent example, programmers encounter problems with their writing when the result of their commands is skewed or inaccurate. In times of trouble, the programmer learns to “debug”, or examine their written work to try and identify discrepancies that could cause errors- one simple mental process that, through coding, becomes an innate function of a person’s problem solving mentality.

Beyond enhancing logic through the introduction of new facets of problem solving (such as debugging, and more), the creative process of coding is, in and of itself, a benefit for anyone. Just as songwriting or painting can be outlets of human expression, coding is another art of its own, and programmers even strive to craft the most efficient and most logical sequences of code possible, or “beautify” their work. In problem solving and manipulating different computer programs through written code, programmers exhibit a creative process that engages the mind, challenges their visions and amounts to projects that ultimately are a reflection of the people themselves.

But, does this mean that one must jump right into the development of a major application or program? Not at all. One needs only to try picking up the basics through Penjee puzzles to experience the mentally-engaging and enjoyable art that is coding.

Essentially, in a world where programming is becoming more prevalent in casual, practical and even marketable ways, everyone should be receiving the benefits that any amount of coding can give- and they can. If not in-school or in a professional environment, one need only to try online at Penjee to start their relationship with coding.

Try it, stick with it even, and see what you can get out of programming for yourself!