Demorgan’s Law is something that any student of programming eventually needs to deal with.

Demorgan’s Law via Animation and Code

The goal of the map below is to write a while loop until Penjee is at the Fish.

Version 1 of the Code

At the bottom of this page, we will demonstrate how these two snippets of Penjee Python code are logically equivalent, but first, here are some more examples of DeMorgan’s Law:

How about a Truth Table comparing 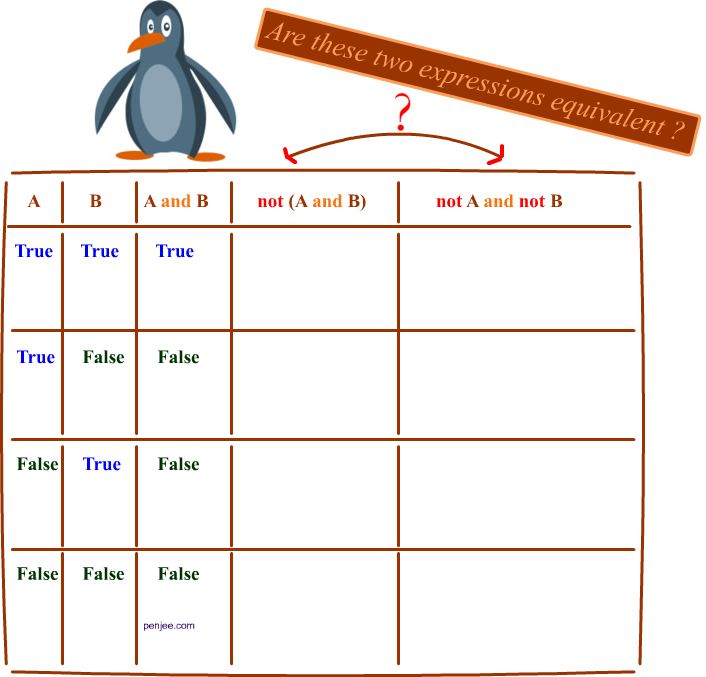 This truth table is filled out, below– Pay close attention to when A and B are different (A is True,  B is False)

So, when you add the not you also must “flip” the and/or